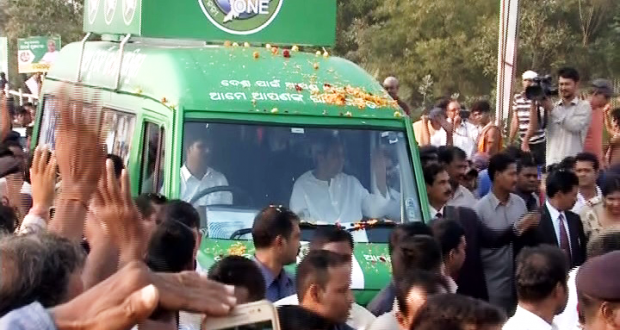 in State News January 22, 2018 Comments Off on Odisha CM Naveen Patnaik got a rousing welcome by Biju Janata Dal 961 Views 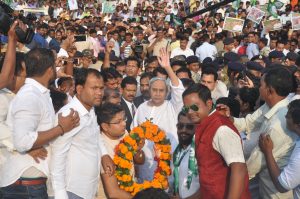 After the CM arrived at the Biju Patnaik International Airport (BPIA) here, the conch party supremo addressed a gathering at a special function organised by the party on the airport premises.

“I dedicate this award to the people of Odisha. Let’s work together towards making Odisha the number one state,” Patnaik said.

He was later escorted in a grand procession to Naveen Nivas, his residence, amid thousands of BJD workers and supporters.

Huge posters and banners have been put up at various places in the city by the BJD highlighting the achievement.

2018-01-22
Editor in chief
Previous: Seminar on Role of Champu in Odishi Music was organised at Ramhari Das Odisi Guru kul Trust
Next: Brave children of odisha visited the Metro museum