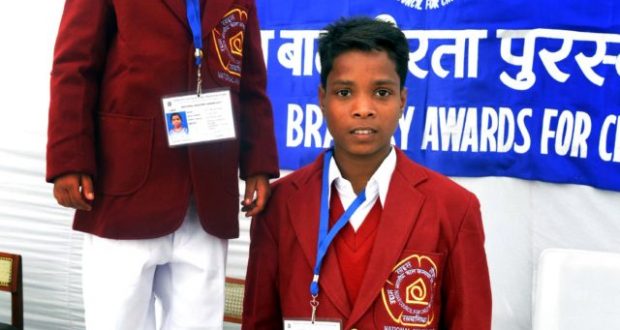 Newdelhi:22/1/18;The  brave  children of odisha visited the Metro museum at the Patel Chowk station, followed by a joyride from there to the Kashmere Gate station.

Mamata, a seven-year-old girl of Bankual village under Rajanagar block in Kendrapara district, will receive the award for showing exemplary courage in rescuing her sibling from crocodile last year.

Similarly, the 14-year-old Pankaj from Keonjhar district will receive the award for his chivalry. He had saved three women from drowning in the Baitarani River.

Eighteen children, including three posthumous, have been selected from across the country for the awards for displaying “exemplary courage”.

They were selected by the India Council for Child welfare (ICCW) and handed awards by Prime Minister Narendra Modi.

Prime Minister Narendra Modi will present the award to all the 18 brave children at a function in the national capital January 24. These children will also attend the Republic Day parade in New Delhi as special guests January 26.