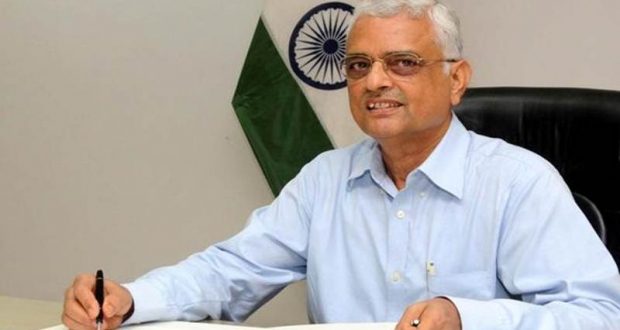 in National January 21, 2018 Comments Off on Om Prakash Rawat has been appointed the new chief election commissioner 768 Views

A 1977-batch IAS officer from the Madhya Pradesh cadre, Rawat will take charge from Tuesday. He was appointed to the Election Commission in August 2015. The 64-year-old has held several important portfolios at Centre and state level during his long career. Prior to his appointment as Election Commissioner of India, Rawat had retired as secretary, ministry of heavy industries and public enterprises. He had earlier also served as a director in the defence ministry in 1993. During this tenure, he was deputed to South Africa in May, 1994, as United Nations election observer to oversee first post-apartheid elections in the country

Former finance secretary Ashok Lavasa has also been appointed to the Election Commission with effect from Tuesday. The appointment of the election commissioner was made as a vacancy would have arisen in the three-member poll panel after the retirement of Joti. An EC or a CEC has a tenure of six years in office or till he or she attains the age of 65 years, whichever is earlier.