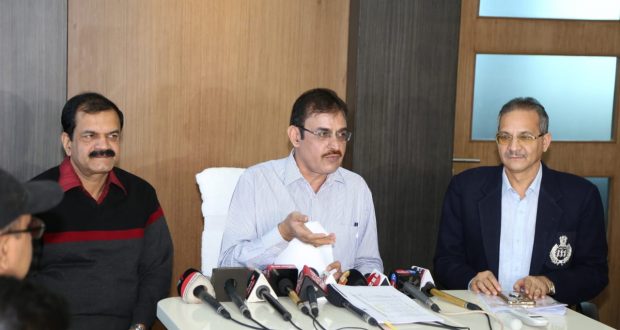 in State News January 21, 2018 Comments Off on Odisha has scaled a new height in destructing illegal cultivation of ganja 728 Views

Bhubaneswar:21/1/18; Odisha has scaled a new height in destructing illegal cultivation of ganja by destroying the plantation in about 4,407.73 acres of land against the target of 3,050 acres so far during the current crop year 2017-18.

This has been informed by Odisha DGP Dr RP Dharma through an official release.

Sharma said that there was a sharp decline in the illegal ganja cultivation in Sambalpur, Deogarh, Angul and Nayagarh.

The DGP said that during the year 2017, as many as 420 Narcotic Drugs and Psychotropic Substances (NDPS) Act  cases have been registered in which around 500 quintal cannabis have been seized and 700 persons have been arrested.