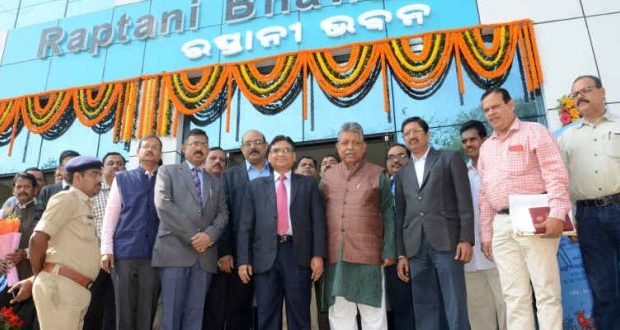 Bhubaneswar,:20/1/18; MSME Minister Prafulla Samal said the export turnover of Odisha may touch Rs one lakh crore before 2025. Inaugurating the “Raptani Bhawan” here, MSME Minister Prafulla Samal said Odisha is going to have a new Export Strategy, which is being prepared in consultation with Federation of Indian Export Organisation (FIEO). With opening and shifting of all export related organisations under a single roof, exporters will be able to get services at a common point. It will help furthering the growth of exports, said the Minister. Directorate of EPM, Odisha and FIEO have started functioning at the Raptani Bhawan immediately. Marine Products Exports Development Authority (MPEDA) and office of Director General of Foreign Trade (DGFT) will start their functioning very soon. MSME Secretary L.N. Gupta said that because of the highest growth rate of 114 per cent amongst all the states achieved by Odisha during 2016-17, the Centre has recognised the state as “Champion State”. He added that a trend of increase in Odisha export continues, which is reflected in the export turnover of nearly Rs 26,000 crore by November, 2017. Gupta said the new export strategy will focus on improvement in standards of quality and products, value addition in traditional exportable products, products and market diversification, downstream and ancillarisation of industries, unleashing the potential of e-commerce and development of eco-tourism in the state.

He added that in order to improve the quality of products and services, MSMEs should register themselves under the Zero Effect-Zero Defect (ZEZD) Programme offered by the Quality Council of India. Gupta hoped that with commencement of commercial operations by the Quality Control Laboratory of MPEDA and Testing Laboratory of Export Inspection Agency (EIA), standard and quality of exports would get further improved. Omkar Rai, Director General, STPI said that there is a vast potential of IT and ITES services exports from Odisha. Last year, IT & ITES exports from Odisha was of the order of Rs 3,500 crore, which are likely to increase this year. He added that exports of IT & ITES from the state by October, 2017 has been of the order of Rs 2,600 crore.