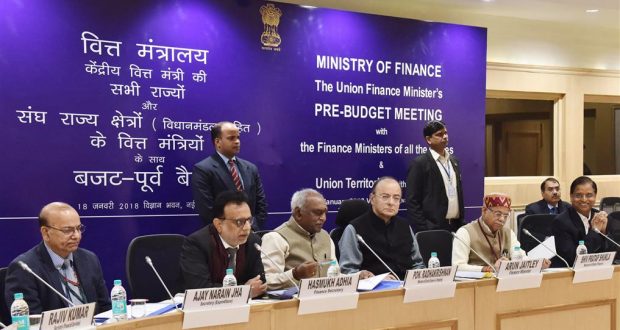 Representatives from the State Governments presented their views and offered number of suggestions on various fiscal policy and budgetary measures that the Union Government may consider.

The Union Finance Minister Shri Jaitley stated that the suggestions made by the States / UTs in the meeting and the memorandam submitted by them would be duly examined and suitably considered while formulating the Budget proposals of 2018-19, keeping in consideration with the spirit of cooperative federalism.

2018-01-18
Editor in chief
Previous: Announcement of Schedule for the General Elections to the Legislative Assemblies of Meghalaya, Nagaland and Tripura, 2018.
Next: Union Minister of State for Law and Justice & Corporate Affairs, was conferred the Honorary Fellowship of ICSI