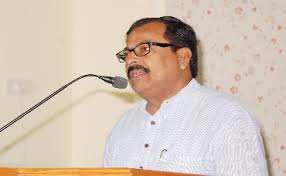 The demands were made by state’s Finance Minister S B Behera while participating in the pre-budget consultation meeting convened by the Union Ministry of Finance in New Delhi.

Stating that the royalty on coal was last revised by the Centre in April 2012, Behera said the royalty rate should be revised every three years. Therefore, the coal royalty revision is due for revision since April, 2015.

“The Government of India should revise the royalty on Coal immediately without further delay,” Behera was quoted saying in a statement issued by the state government.