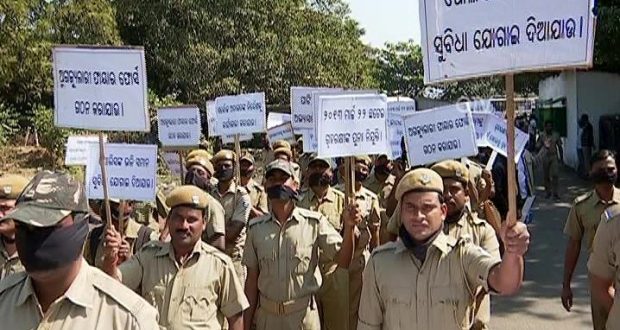 in State News January 18, 2018 Comments Off on Home guards staging Dharna at the Lower PMG square demanding fulfilment of their seven-point charter 806 Views

The home guards were holding a peaceful demonstration at Lower PMG, by covering their mouth with black cloth since last four days.

However, an argument ensued between the Gruharakhi Mahasangha and Gruharakhi Kalyan Board yesterday. While the Board claimed that the government has hiked the salaries of the home guards, the Mahasangha denied it alleging it as an effort to mar the protest.