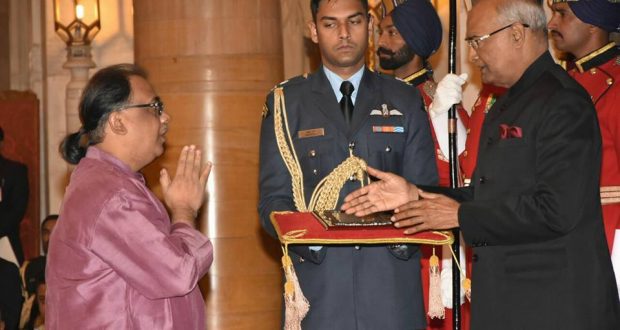 Newdelhi:17/1/18;The Hon’ble President of India, Shri Ram Nath Kovind  confer the Sangeet Natak Akademi Fellowships and Sangeet Natak Akademi Awards for 2016 to an eminent group of musicians, dancers, and theatre artists  todayat Rashtrapati Bhavan, New Delhi. This year, four eminent artists and scholars in the performing arts will be conferred Fellowships of the Akademi and 43 artists will receive the Akademi’s Awards.

The Sangeet Natak Akademi Fellowships (Akademi Ratna) and Sangeet Natak Akademi Awards (Akademi Puraskar) are national honours bestowed by the Republic of India on performing artists as well as teachers and scholars in the field of performing arts. The recipients are selected by the Akademi’s General Council, consisting of musicians, dancers, theatre artists and scholars in these disciplines, and nominees of the Government of India and of the States and Union Territories of the India Union. 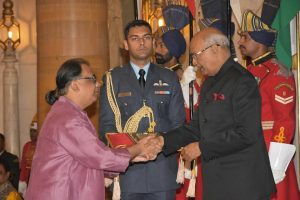 Pappu Venugopal Rao and Avinash Pasricha received the Akademi’s Award for their Overall Contribution/Scholarship in the Performing Arts.

The Fellowships and Awards ceremony for 2016 is followed by a festival of music, dance and drama scheduled from 18 to 21 January 2018, featuring Fellows and Award-winners of the year. The festival will be held at the Meghdoot Theatre Complex, Copernicus Marg and Mavalankar Hall, Rafi Marg from 18th January 2018 onwards