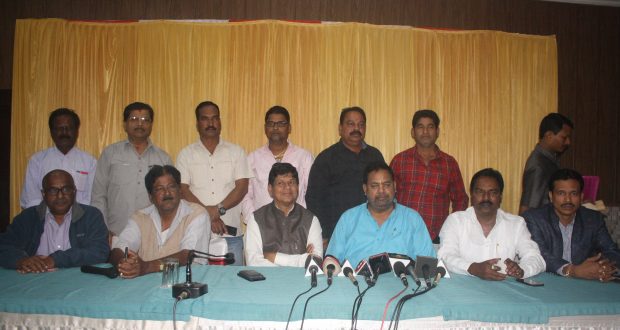 in Odia Cinema January 17, 2018 Comments Off on Jatra owners’ association has decided to stop organising shows after July 2018 641 Views

Bhubaneswar:17/1/18; Sad news for Jatra lovers in the State as the owners as the owners’ association has decided to stop organising shows after July this year.

As many as 23 Jatra troupes in Odisha have decided to wind up their Jatra shows from July 2018 pertaining to various reasons expressing inability to keep the art of theatre alive, informed Odisha Jatra Troupe Association’s president Soumya Ranjan Patnaik on Wednesday addressing a press conference.

Patnaik claimed that the owners of several groups have unanimously decided to stop hosting shows due to several factors including huge monetary loss in the Jatra industry.

“The owners of Jatra troupes in the state have been facing huge financial crisis for last five years as the expenditure cost is more than the revenue earned in this industry. Besides, several restrictions imposed by the State Government make us more vulnerable following which we decided to close down the Jatra shows in the State from July 2018”, said Patnaik.

When ticket is the only income source of Jatra industry we cannot increase the cost of the show tickets. On the other hand, the administration imposes restrictions for the stage show most of the times during summer season citing school and college examinations, elections etc and the shows are also badly affected during floods and cyclones, he added.

The decision is likely to adversely affect nearly 30,000 people including 5,000 artistes who are directly engaged in the Jatra industry in Odisha, but we are helpless, expressed the owners.

Owner of ‘Kalinga Gananatya’- Pradeep Maharathi, who happens to be the Panchayatiraj Minister of Odisha was also present during the press meet.