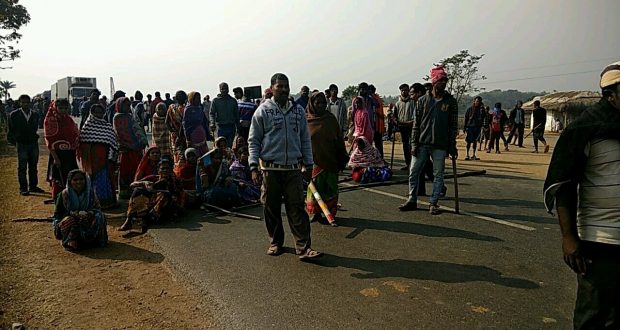 Police officer was thrashed mercilessly by some angry locals

in District Diary January 16, 2018 Comments Off on Police officer was thrashed mercilessly by some angry locals 793 Views

Balasore:16/1/18: A police officer was thrashed mercilessly by some angry locals on Tuesday going to pacify irate villagers at Kolama Chowk on Balasore-Mayurbhanj district border under Balasore Sadar police limits.

According to reports, a violent clash erupted between two villages, Kalma and Bankatira today. After getting information of the group clash Sub Inspector Rajendra Nayak, arrived at the spot to control the situation.

However, irate villagers ransacked the police vehicle and beat Nayak severely. Injured Nayak was rushed to a nearby hospital by the police personnel who had accompanied him.

Two other police personnel and two villagers were also injured in the group clash and have been admitted to hospital.

Meanwhile, two platoons police force has been deployed in the area and seven persons have been arrested.