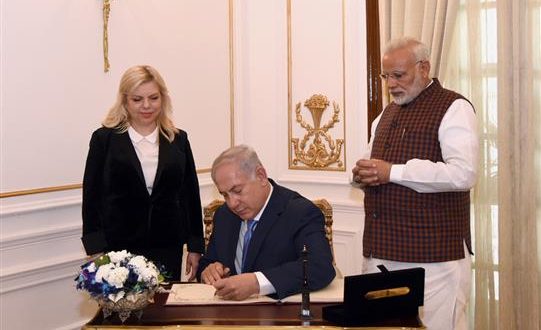 The agreements were signed after Prime Minister Narendra Modi and his Israeli counterpart Benjamin Netanyahu held extensive talks to strengthen ties in the strategic areas of defence and counter-terrorism.

The two prime ministers, accompanied by their respective senior Cabinet colleagues, held delegation-level talks during which they also discussed regional and international issues of mutual interest.