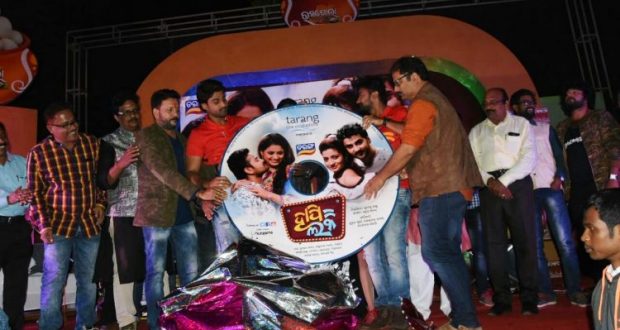 Composed by seasoned music director Prem Anand, the youth oriented film, starring Ollywood glam girl Elina Samantray and bubbly Sasmita opposite Jyotiranjan and Sambit, has some foot tapping peppy songs like title track ‘Happy Lucky’, ‘Chaliba Chaliba’ and ‘Ousadh Nei Aa’. But the most vibrant of all numbers is ‘Party All Night’. Among romantic songs, ‘Prema Tora’ is a beautiful melody. The songs have been penned by Basantraj Samal, Subrat Swain and Debidutta Mohanty.

The film is about two sisters looking for life partners. Happy Lucky is directed by Sudhansu Sahu while screenplay and dialogues are written by Sanjay Mahakul and Debidutta Mohanty.This film scheduled to be released in January,23 on the eve of sarswati Puja.

2018-01-16
Editor in chief
Previous: Odisha government today effected a major reshuffle in bureaucracy involving as many as 16 IAS and OAS officers
Next: Police officer was thrashed mercilessly by some angry locals