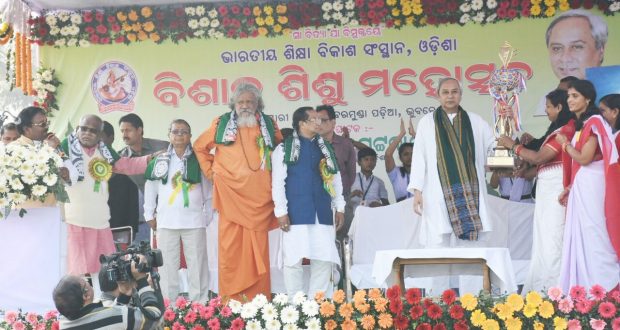 More than 50,000 students sang the ‘Bande Utkala Janani’, the state anthem written by Kantakabi Laxmikanta Mohapatra, at the children’s festival.

The Chief Minister launched a special oil painting on ‘Utkala Janani’ on this occassion.

During his address to the students, Patnaik expressed his happiness on attending the event and conveyed his New Year greetings.

Notably, 2,88,000 students are getting education in 1037 schools which run by Bharatiya Shiksha Vikash Sansthan.