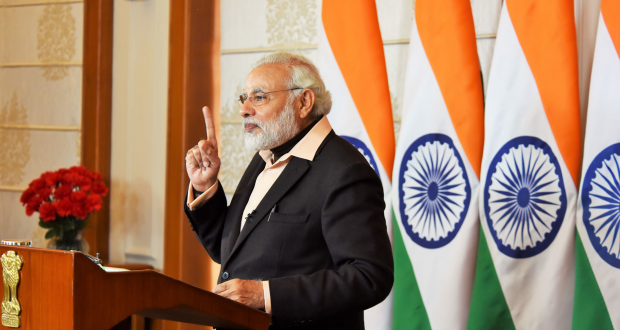 in National January 12, 2018 Comments Off on PM addresses two video conferences on the occasion of National Youth Day 715 Views

Addressing the Inaugural Ceremony of National Youth Festival 2018 at the Gautam Buddha University, Greater Noida, the Prime Minister began by congratulating ISRO on the successful launch of PSLV-C40. Our strides in space will help our citizens and will enhance our development journey, the Prime Minister said.

He recalled that during Mann Ki Baat in December 2017, he had called for organising Mock Parliaments in the districts. Such Mock Parliaments will further the spirit of discussion among our youth, he added. The Prime Minister said that we are born after 1947 and thus, we did not have the honour to take part in the freedom struggle. But, he added, we have the opportunity to fulfil the dreams of the great men and women who devoted their lives for our freedom. We have to create the India that our freedom fighters dreamt of, Shri Narendra Modi asserted.

Shri Narendra Modi said that there was a lot of propaganda against India in the Western world that Swami Vivekananda proved wrong. He also raised a voice against social evils, he added.

The Prime Minister said Seva Bhav is a part of our culture. All over India, there are several individuals and organisations selflessly serving society, he added. The Prime Minister exhorted everyone to work towards making our nation ODF.