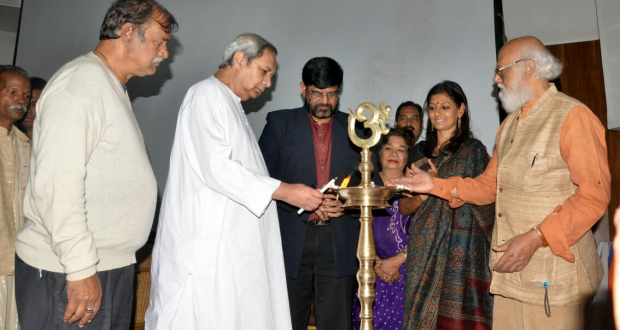 Attending the inaugural function CM Naveen said “Imaging the art and artists is one of the significant endeavours to preserve, document, evaluate, renew and improve these art forms in order to save them for the prosperity as a source of inspiration. The continued efforts of JDCA in this direction are praiseworthy”.

“The journey of Odia film started in 1936 with the production of ‘Seeta Bibaha’, coinciding with the creation of Odisha as a separate state and a synergy between language, literature and filmdom,” he said.

He also said about literature, Fakir Mohan Senapati’s timeless work ‘Rebati’ continues to be a path-breaking piece on women’s education. The creations of Kalindi Charan Panigrahi and Gopinath Mohanty and many others have challenged social inconsistencies of that time. Pandit Gopabandhu Das and Utkal Gourav Madhusudan Das had inspired nationalistic and linguistic spirit through their writings.

12 Odia films and 12 films in other Indian languages will be screened during the International Film Festival.

During the festival, the event will showcase films short, long, narrative, documentary, animation, and film essays along with the panel discussions, lectures, and workshops.

This year’s Festival has focus on Films on Arts & Literature, which will be held an exhibition showcasing traditional handicrafts, handlooms, and art books.