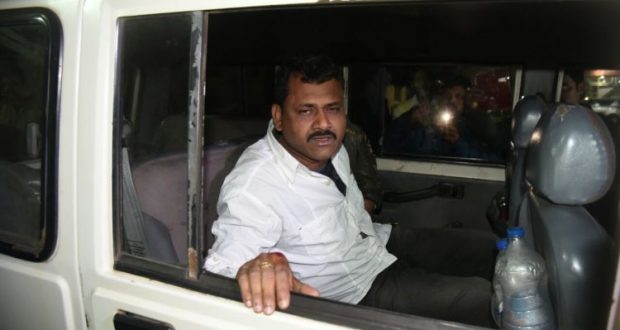 Puri:8/1/18; Inspector-in-charge of Talabania police station Ramakant Patra was transferred to the district headquarters after he assaulted a news channel reporter in Bhubaneswar on Sunday night.

The action has been taken by Puri SP Sarthak Sarangi after preliminary investigation. Further inquiry is on, he said

As per sources, Patra was in an inebriated condition and had come to Capital Hospital here after his vehicle met with an accident near river Daya, on the outskirts of Bhubaneswar. When a TV reporter named Subhrakant Padhiary and his cameraperson started capturing the visual, the IIC who was taken in a wheelchair, suddenly got up and started kicking and punching the journalist.

2018-01-08
Editor in chief
Previous: Biju Patnaik International Airport securing a place in the list of profitable airports in the country.
Next: Temple City is all set to revamp its city bus service