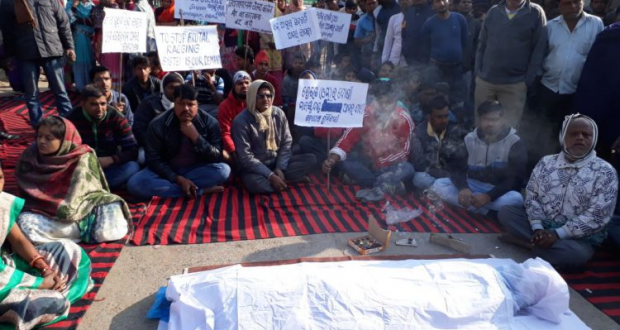 Sambalpur:7/1/18; The residents of Garposh village in Sambalpur district called for a 12-hour bandh on Sunday protesting against the death of a +2 student in an alleged ragging case by his classmates in a private run college in Andhra Pradesh.

The deceased has been identified as Shreyas Kesharwani (16), son of Shailesh Kesharwani of the village under Bamara block in the district who was studying at Sri Chaitanya College at Visakhapatnam in the neighbouring state.

The teenager was mercilessly beaten inside Prashanti boys’ hostel and was first admitted in a hospital in Rourkela and later shifted to a private hospital in Bhubaneswar where he succumbed to his injuries on Saturday, informed his family members.

2018-01-07
Editor in chief
Previous: BJB friends will exhibit great strength of willpower and fighting spirit for the interest the state:Naveen Patnaik
Next: Odisha pilgrimage luckily had a close shave.