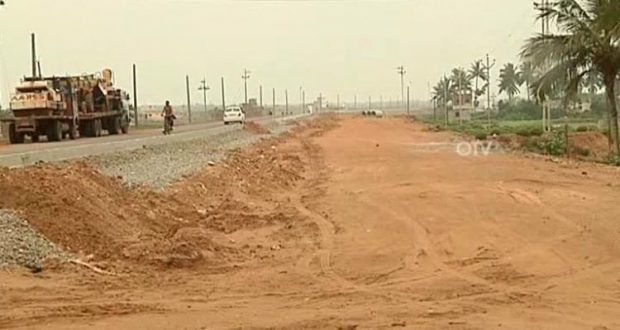 Odisha Government on Wednesday issued a deadline for urgent repair of bad Roads.

in District Diary January 3, 2018 Comments Off on Odisha Government on Wednesday issued a deadline for urgent repair of bad Roads. 1,002 Views

Bhubaneswar3/1/18;: Following steep rise in road mishaps in the State, Odisha Government on Wednesday issued a deadline for urgent repair of bad roads.

It has been instructed to complete the road repair works in the next three months and an intensive traffic awareness campaign will be launched across the State.

The traffic volunteer system will be implemented in four cities of the state – Rourkela, Berhampur, Sambalpur and Balasore.

A decision in this regard was taken at a high-level meeting chaired by Chief Secretary Aditya Prasad Padhi at the State Secretariat today.

The engineering department has been asked to complete the repair of roads across the State by 5 March, informed source.

A special campaign will also be undertaken to create awareness among drivers and supporting staff of trucks and buses, informed Transport Commissioner, Madhusudan Padhi said after the meeting.

In view of rising number of accidents on National Highways passing through urban areas, the government decided to strictly enforce the traffic regulations.