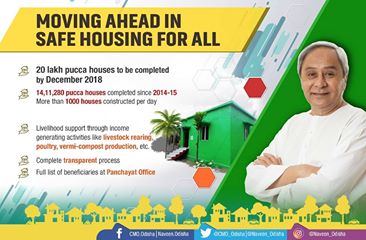 The list of beneficiaries who have already been availed or are about to avail a pucca house is made available at the local Panchayat Office.