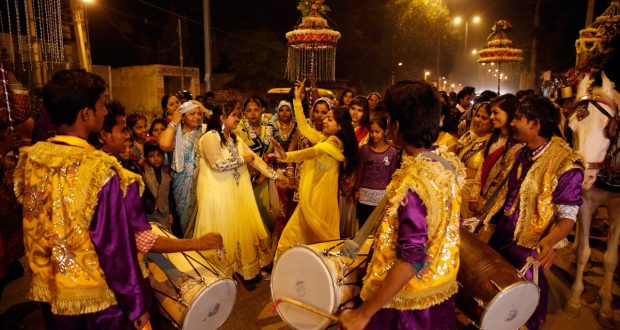 in Smartcity Bhubaneswar January 3, 2018 Comments Off on Commissionerate Police decided to impose blanket ban on marriage processionson of some main routes in Bhubaneswar 626 Views

Bhubaneswar:3/1/18 The Commissionerate Police today decided to impose blanket ban on marriage processions on some main routes in Odisha capital from February 1.

“Road congestion is very often experienced on different roads of Bhubaneswar city due to marriage processions, as a result, difficulties are being faced by the general public in their smooth communication and they fail to reach their destination such as railway station, bus stand, airport and hospitals,” the notification stated.

2018-01-03
Editor in chief
Previous: Odisha Government on Wednesday issued a deadline for urgent repair of bad Roads.
Next: NALCO’s net gain was around Rs. 100 crore due to rationalization of taxes:Dr. Tapan Kumar Chand