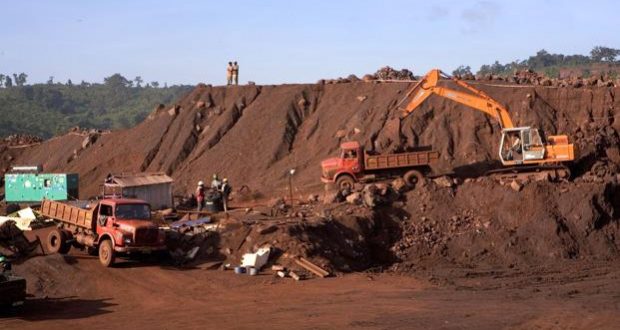 in State News January 1, 2018 Comments Off on Odisha government suspended operations in seven mines that failed to pay penalties 813 Views

The Supreme Court had on August 2 imposed a penalty on 152 iron ore and manganese lessees in the state for illegal mining. These mines were found to have conducted operations without forest and environment clearances, sometimes beyond the permitted area, between 2000 and 2011.

The state had a target of collecting Rs 17,576 crore as penalty by the end of 2017 but could accrue only Rs 8,223 crore, said steel and mines minister Prafulla Mallick.

Only 72 defaulters have been able to meet the deadline, he said.

The BJD government will submit a status report on fine collection to the Central Empowered Committee, (CEC) appointed by the Supreme Court, in two to three days, said director of mines Dipak Mohanty. The date for next hearing in the case has been fixed on January 17.

The government had on previous occasions issued demand notices to the leaseholders and warned them of action if they failed to meet the deadline.

The seven mines that were served notices today included state-run PSU IDCOLs Roida mine, ESSELs Koira mine, Mideasts Roida mine and Serajuddin Cos Balda mine.

2018-01-01
Editor in chief
Previous: NABARD has provided financial assistance of Rs 10,000 crore to Odisha
Next: Jaga and Kalia celebrated the New Year with their parents and Doctors at AIIMS