More than 2,000 nursing staff sat on a Dharna for an indefinite period

The agitators have been asking for permanent employment for those who have worked for more than six years, hike in basic pay to Rs 9,300 and provision for a grade pay of Rs 4,600. Pravati Mohanty, general secretary of the Odisha Nursing Employees’ Association, said, “Though some of the striking nursing staff have worked for more than 10 years, they are yet to be regularised. We are protesting against the government apathy and demand that the Chief Minister should take an immediate action to address the issue.” 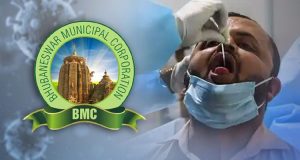