Maharana was felicitated today at New Delhi in a special function.

The miniature wooden chariots of Lord Jagannath, Lord Subhadra and Goddess Subhadra carved out by Maharana were major attractions in the function.

“The visitors admired the chariots by chanting ‘Jay Jagannath’. It was a fulfilling moment for me’, he said.

“I am still nurturing the hope that someday the Limca Book of Records and Guinness book of Records would accord recognition to the miniature chariots as World’s smallest roadworthy chariots built ever. My soap craving has also been appreciated. However I am yet to be awarded in soap craving field. I hope someday, my soap sculptures will recognition”, he said. 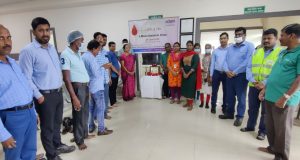 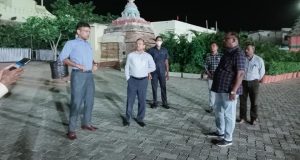