Bhubaneswar:26/10/17; Renowned Odia writer Banaja Devi received the prestigious ‘Sarala Award’ instituted by IMFA’s charitable wing IMPaCT for her story collection ‘Kathapua’ and overall literary achievements for the year 2017 during the 38th edition of the event here on Thursday.

Devi was conferred the Award by Chief Guest Padmashree Mamang Dai. Devi received a cash award of Rs 5 lakh along with a citation.

The annual Sarala Award was instituted in 1979 by IMPaCT. Sarala Award is recognised as the foremost literary award of Odisha.

2017-10-26
Editor in chief
Previous: WorkSpeaks: In just over a month of enactment of law for land rights to slum dwellers,
Next: Chief Minister Shri Naveen Patnaik lunching Recruitment Web Portal at Secretariat 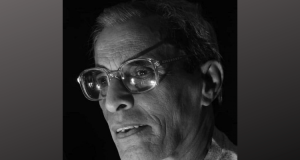