The Minister of State for Communications (I/C) and Railways, Shri Manoj Sinha along with the Union Minister for Electronics & Information Technology and Law & Justice, Shri Ravi Shankar Prasad and the Union Minister for Petroleum & Natural Gas and Skill Development & Entrepreneurship, Shri Dharmendra Pradhan releasing the publication at the inauguration of the India Mobile Congress 2017, the countrys largest platform Connecting-Mobile-Internet-Technology, in New Delhi on September 27, 2017.

Newdelhi:27/9/17:The Minister of Communications Shri Manoj Sinha said that India is currently the second largest telecommunication market in the world with over 1.2 billion subscriber base and approximately 450 million internet users. Delivering the inaugural speech at the India Mobile Congress-2017 here, the Minister said that driven by the adoption of smartphones and exponential increase in data consumption, telecom industry is expected to generate revenue of approximately up to USD 38.25 billion by 2017, registering a CAGR of 5.2% during the period 2014 to 2017. He said that investment into the sector has increased by approximately 220% in last four years and to enhance and expand mobile coverage, operators have rolled out more than 0.2 million sites in the last 15 months and every 3 minutes a new site is being put up.

Shri Sinha said that it is also expected that the telecom industry generates approximately 4 million direct and in-direct job opportunities on account of continued focus of government and telcos in the rural market and continued surge in the sale of mobile phones and data usage. Traffic from mobile devices contributes to 70% of overall e-commerce traffic. Indian e-commerce market is expected to grow 2.8 times by 2021 to USD 125 billion and mobile devices will drive this growth.

He said, fundamental to the goals of digital India is the country’s communications industry that has not just connected people, but also created jobs, become a tool for knowledge, contributed to the exchequer and the economic growth and amplified financial inclusion. There are three key visions areas of the Government’s Digital India plan –

The Minister said that in the past few years, the Government has put the spotlight firmly on technology, smart cities, connected super highways, and enhanced e-governance services delivery for the citizens. All of these are highly dependent on the telecom sector. He said, with the advent of the Internet of Things (IoT), it will not only be people connecting to the internet but also billions of machines and appliances such as wearables, cars, homes, industrial equipment, white goods, etc. Introduction of low cost smartphones coupled with government initiatives focussed on ‘Digital India’, rise of convergence, and exponential growth in adoption of latest technologies will play a critical role in connecting the next billion to the internet.

In her address, Secretary, Telecom, Ms Aruna Sundararajan said that India Mobile Congress promises to be the platform for Prime Minister’s vision of a fully connected and digitally empowered India, which is well on its way of realisation. She said that there was seven-fold acceleration in the implementation of Bharat-Net Project for connecting one lakh Gram Panchayats with broadband by the end of the year. Similarly, there is a target of 1 million wi-fi hotspots by 2019 and 700 million internet users in India by 2022. She said that IMC is a marquee event to showcase India’s deep capabilities in IT, Telecom and Internet sectors. The Secretary said that three specific goals of the event are-How India can position itself as a world leader in emerging technologies; unprecedented opportunities for Make in India and Design in India and thirdly, the opportunity to grow together in a global environment of convergence. She said that the theme of the event-“Connecting the Unconnected” has a deep resonance for the government. 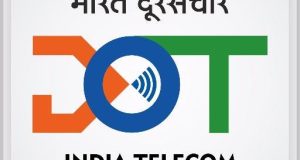