Cuttack:27/9/17: Ollywood movie ‘Shiva-Not Out’ starring Arindam and Archita  and‘Kabula Barabula featuring Anuvab and Elina  received an overwhelming response from the audience on the opening day .

2017-09-27
Editor in chief
Previous: ‘Maha Saptami’ is being celebrated at Durga Puja pandals across the State
Next: Jio and Roy Kapur Films in landmark multi-year deal for Original Digital Content 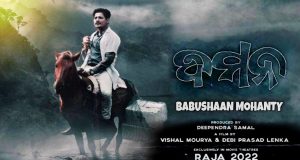