Top Headlines
Home » State News » BJD leaders launched an attack on BJP’s on Amit Shah over his remarks the ruling party of Odisha being driven by dynasty politics.

BJD leaders launched an attack on BJP’s on Amit Shah over his remarks the ruling party of Odisha being driven by dynasty politics.

in State News September 7, 2017 Comments Off on BJD leaders launched an attack on BJP’s on Amit Shah over his remarks the ruling party of Odisha being driven by dynasty politics. 1,063 Views

Addressing a press meet at the party headquarters here on Thursday, BJD said, after the death of Biju Patnaik, Naveen Patnaik entered politics because people wanted him to serve the State and put their faith on him which he has been able to retain for 18 long years through good governance.

“Such etiquette is seen only in CM Naveen who never speaks against anyone and does his job quietly. Shah’s statement against a person of such stature is condemnable,” said BJD’s spokesperson Arun Sahoo.

On Shah’s statement that the Centre is giving enough funds to the State but the government is not cooperating in developmental works, Deb said it’s the responsibility of the Central governments to provide funds to States. Rather the Modi government should present details of Odisha’s contribution and the assistance provided by the Centre.

2017-09-07
Editor in chief
Previous: Odisha government has set December 2018 deadline for the commissioning of the JICA project
Next: Emiti Bi Heipare and Badmas Toka is scheduled to be hit the screen in 15th.september 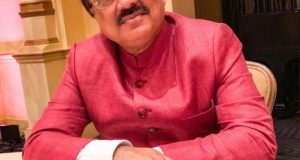