Speaking on the occasion, the Prime Minister said he is delighted to be in the “Veer Bhumi” of Mewar.

The Prime Minister assured people affected by natural calamities, that the Union Government stood by them at this hour of difficulty, and expressed confidence that the people would overcome the challenges, and march forward with even greater vigour.

The Prime Minister said that projects worth over 15000 crore are either being Inaugurated, or initiated (foundation stone being laid) today, in a single function.

The Prime Minister recalled the Golden Quadrilateral initiated by former Prime Minister Shri Atal Bihari Vajpayee, and said it benefited farmers by connecting them to markets. He said Rajasthan could benefit a lot from tourism, through better infrastructure connectivity, which would bring in employment.

The Prime Minister spoke about the Pradhan Mantri Ujjwala Yojana, under which LPG connections are being given to rural households, which will especially benefit women.

The Prime Minister later visited the Pratap Gaurav Kendra, which celebrates the life, valour and achievements of Maharana Pratap, the great King of the erstwhile kingdom of Mewar.

2017-08-29
Editor in chief
Previous: Massive fire broke out at the Sky Automobiles Maruti showroom’s workshop
Next: Lack of job opportunities is responsible for the fall in admissions into engineering courses 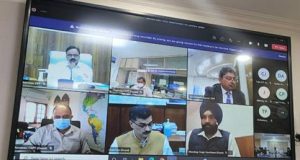 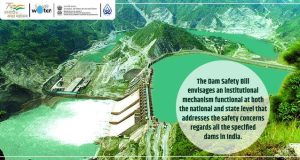 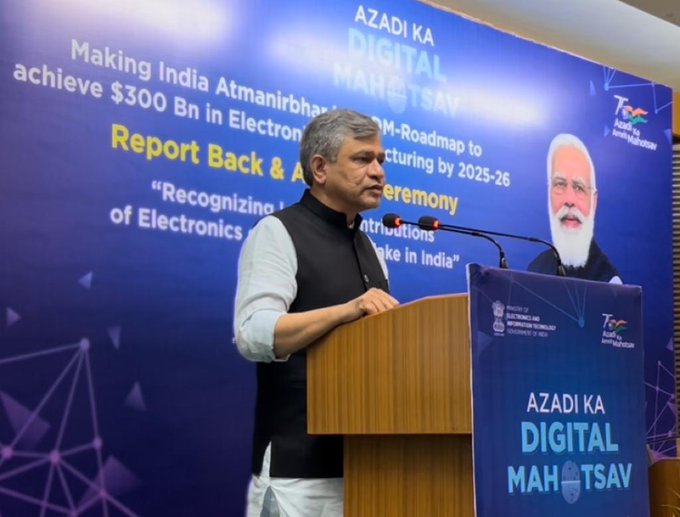 Electronics Manufacturing Industry today has committed and assured us of $300 Billion revenue by 2025-26.

New Delhi;2/12/21:2/12/21; Under the leadership of Hon’ble Prime Minister of India Shri Narendra Modi and due to his visionary initiatives like the “Digital India” and “Make in India” programmes, India ...