Top Headlines
Home » Environment » After three decades, Irrawaddy dolphin has been sighted in the Rambha sector of Chilika Lake

After three decades, Irrawaddy dolphin has been sighted in the Rambha sector of Chilika Lake

in Environment August 25, 2017 Comments Off on After three decades, Irrawaddy dolphin has been sighted in the Rambha sector of Chilika Lake 760 Views

Bhubaneswar:25/8/17: After almost three decades, Irrawaddy dolphin has been sighted in the Rambha sector of Chilika Lake in Ganjam district.

Besides, the sighting of the dolphin assumes significance particularly in the backdrop of a sharp drop in its population in Odisha with their number declining to 134 in 2017 from 144 in 2015

.“Irrawaddy dolphins were being sighted in Rambha during the 1980s. The sighting of the animal would be a major boost to eco-tourism,” said CDA additional Chief Executive, Sasmita Lenka.“CDA will undertake a project for relocation of injured dolphins for rehabilitation and a task force will be set up for monitoring these activities,” Lenka added.

2017-08-25
Editor in chief
Previous: Stringent action will be taken against Cooperative Societies which are selling Urea at higher rates :Surya Narayan Patro
Next: BJD declared a 11-member team of spokespersons 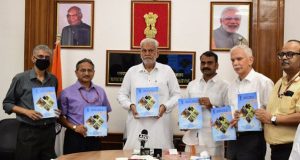 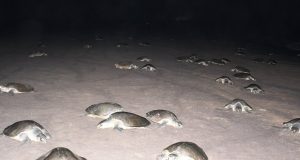