in Smartcity Bhubaneswar August 10, 2017 Comments Off on Indian Armywill have a performance of Military Pipe Band at Indira Gandhi (IG) Park 760 Views

Bhubaneswar:10/8/17:To celebrate the 71st Independence Day, the Indian Army, in association with the Bhubaneswar Development Authority (BDA), will have a performance of Military Pipe Band for the citizens in the heart of the city at Indira Gandhi (IG) Park on August 13.

The military band, part of a people’s connect initiative, undertaken by the Indian Army, will be held for an hour and would start at 4 pm.

The military pipe band is well-known for its ability to create mesmerising tunes with patriotic numbers and currently Army Air Defence Centre, Gopalpur, is performing in the region. On August 8 they had performed at Gopalpur and on August 13 after performing at IG Park, here the team will move towards Raipur and would have a military pipe band performance on August 22.

Lt. Colonel AK Gopi, who is Administrative Commandant of Bhubaneswar Military Station, said “the programme will not only inspire the people in large numbers, but there will also be a kiosk, through which the general public and especially youth can have their queries addressed by the personnel from Army Recruitment Office (ARO), Berhampur. The ARO team, apart from addressing the queries from the public, will also distribute printed materials at the venue so that the visitors would have their doubts cleared and could then perhaps plan to join the Indian Army and serve the nation.

The administrative head of the formation headquarters in the State Capital also hoped that Sunday being a common holiday, a lot of footfall is expected as there would be an inspiring performance by the 14-member pipe band from Army AD Centre, Gopalpur. 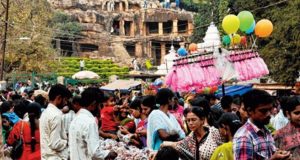 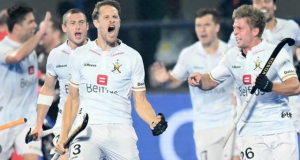