in State News August 10, 2017 Comments Off on BJP claimed that CM Naveen Patnaik has misused his official position to protect his personal interest 1,381 Views

BJP State unit vice-president Sameer Mohanty said “The BJP has stuck to its stand that CM Naveen Patnaik has misused his official position to protect his personal interest. Orissa High Court acting on petition by BJP leader Debanand Mohapatra from Hinjili, CM’s constituency, has ruled that Ganjam Collector can not be a party in the case. The Court has also restrained the advocate general from taking up the case on chief minister’s behalf”.

It was an allegation against Naveen Patnaik who was elected from Hinjili assembly constituency. BJP had made public discrepancies in the poll expenses of the Chief Minister in 2014 election. Local Mohaptra, who had lost the polls to Patnaik, had moved the high court. It was not a case against the chief minister. However bowing the master’s voice, Ganjam collector and AG intervened in the case at the behest of CM Navven Patnaik. It simply speaks the volume of misuse of government machinery by  Naveen to serve his personal interest, Mohanty s 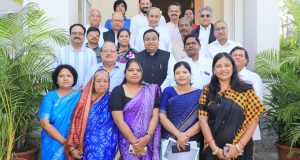 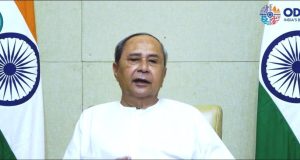