in Smartcity Bhubaneswar July 30, 2017 Comments Off on Phalikia Basti in Ashok Nagar of Ward 41 became the 9th slum to go ODF 941 Views

Sixty-two families residing in the Phalikia Basti have recently constructed 48 toilets to make the slum Open Defecation Free as some families mutually agreed to share the toilets due to space constraints.

2017-07-30
Editor in chief
Previous: Nalco Foundation has been effective only due to its flexible & professional approach.
Next: BJP MP from Odisha Jual Oram today offered to step downand demand Chief Minister Naveen Patnaik should first resign as irregularities have been traced 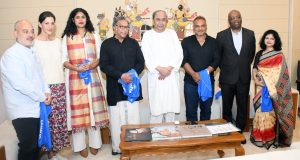