San Francisco:29/7/17: Responding to a letter filed by a tech lobby to bar import of iPhone models not using its modem chips, Qualcomm has said the group was conducting a “coordinated effort aimed at misdirecting” trade regulators.

It was followed by Intel’s standalone declaration, supporting Apple. The declaration asserted that Qualcomm maintained a monopoly over the chip market through “anticompetitive practices”.

2017-07-29
Editor in chief
Previous: Microsoft To Reward Up To $250,000 Bounty To Bug Finders
Next: Waterman of India’ met Chief Ministers of Odisha and Chhattisgarh 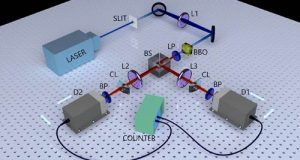