in International June 27, 2017 Comments Off on India and the Netherlands are on the same page on several global issues 841 Views

Newdelhi:27/6/17;India and the Netherlands are on the same page on several global issues, Indian Prime Minister Narendra Modi said here on Tuesday. “Today the world is interdependent, inter-connected. It is natural that we will be discussing not only bilateral issues but also a slew of global issues,” Modi said here in a joint statement issued with Dutch Prime Minister Mark Rutte.

Noting that the year 2017 marks the 70th anniversary of diplomatic relations between the two countries, Modi stressed on strengthening the people-to-people contact through Indian diaspora in the Netherlands.

He said the Indian diaspora are the links and bridge between the people of two countries. Modi is set to address them later in the day.

“In the last three years, the Netherlands has emerged as the third largest source of foreign direct investment (FDI). It is a natural partner in our needs and priorities for economic development,” Modi said. 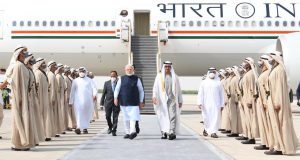 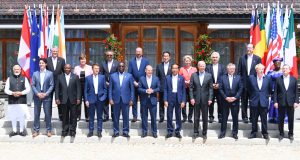