The President, Shri Pranab Mukherjee lighting the lamp at dedication ceremony of the Metro Phase-I Project to the citizens of Bengaluru, at Vidhana Soudha, in Bengaluru, Karnataka on June 17, 2017. The Governor of Karnataka, Shri Vajubhai Rudabhai Vala, the Union Minister for Urban Development, Housing & Urban Poverty Alleviation and Information & Broadcasting, Shri M. Venkaiah Naidu and the Chief Minister of Karnataka, Shri K. Siddaramaiah are also seen.

in National June 17, 2017 Comments Off on President of India dedicates the Metro Phase –I Project to the people of Karnataka and Bengaluru 826 Views

Bengaluru:17/6/17;The President of India, Shri Pranab Mukherjee attended a function at Bengaluru for dedication of the Metro Phase –I project to the people of Karnataka and Bengaluru as Chief Guest today (June 17, 2017).

Speaking on the occasion, the President said that originally known as the Garden City, Bengaluru has slowly transformed itself into the Silicon Valley of India. As per global rankings, it has been rated as the most dynamic city of the world ahead even of the Silicon Valley. He said that he was happy to dedicate the Metro Phase -I project to the people of the city and Karnataka State.

The President said that in warming up to and finally adopting Metro as a viable mode of public transport, we in India were late by several decades. The first metropolitan railway started in London in the year 1863. By early 20th century, almost entire Europe, North America and countries in South America had metro rail networks in all their large cities. We started with the First Metro Network in Kolkata in 1984 and then once we started in Delhi in the year 2000, there was no looking back for Metro in India.

The President said that the First Phase of ‘Namma Metro’ totaling 42.3 km in length started in the year 2008 and 31 km have been opened in different phases in the past. Today, the last section, measuring 11.3 km is being opened. The project has been built with major contributions coming from Government of Karnataka, Government of India, Japan International Cooperation Agency (JICA) and Agence Francaise De Development (AfD)- France. Credit should go to the people of Bengaluru, who have cooperated to the fullest extent and endured discomfort during the construction of this world class infrastructure facility. He said that he was happy to note that Phase-2 of the Namma Metro Project is already under implementation and this would add another 72 km to the existing 42 km of Phase-1. He said that he had been informed that there is further plan to expand the Namma Metro network by proposing connectivity to the Bengaluru International Airport and a metro corridor along the Outer Ring Road.

The President said that the construction of the Mega Project must have posed various challenges, and he was happy that because of the sincere work and dedication of our engineers and workers, this project is being dedicated to the nation today. Construction of a metro system in a living city has many challenges. Working in thickly populated areas, making tunnels through the hard rock of the Deccan Plateau, proximity to water table, handling modern technologies, are some of the areas, which our engineers must have dealt with, and overcome. As we complete the first phase of the project, one can be satisfied that as in other places the Metro in Bengaluru has proved to be a long term and viable solution to urban public transport. 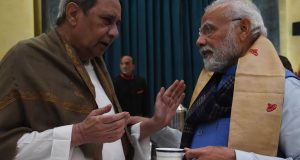 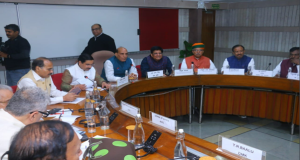