in Health May 14, 2017 Comments Off on India will Now Help Protect Over 5 Million Children from the Life-threatening Pneumococcal Disease 961 Views

Mumbai:14/5/17;Pfizer announced that its 13-valent Pneumococcal Conjugate Vaccine has been selected for inclusion in India’s immunization program in select states. In the first phase, the program will cover approximately 5.15 million babies – 20% of around 26 million children of India’s birth cohort. Globally, pneumococcal disease is one of the leading causes of deaths in children younger than 5 years of age. In India, according to the Farooqui article published in 2015, approximately 105,000 children had died of pneumococcal pneumonia in 2010.

The 13-valent Pneumococcal Conjugate Vaccine (PCV 13) is the most widely used pneumococcal conjugate vaccine in the world, with deployment in over 100 countries’ immunization program. PCV 13 vaccine provides the broadest serotype coverage including those serotypes most prevalent in India.

Epidemiological studies conducted in India confirm that the PCV 13 vaccine provides higher coverage than any other PCV vaccine. The additional strains that PCV 13 covers are 3, 6A and 19A.

PCV 13 will be introduced in a multi dose vial format in India. This presentation has been specially developed by Pfizer to enhance efficiencies of public immunization programs.

“The Government of India has made reaching every child with vaccines as a key priority. With the introduction of PCV 13, we will able to help protect India’s birth cohort of 26 million children from the leading cause of child deaths in the country. Pfizer remains committed to supporting the Government and its partners in expanding the introduction of PCV 13 in the country such that every child in India gets access to protection from pneumococcal diseases”, said S. Sridhar, Country Manager, Pfizer India. 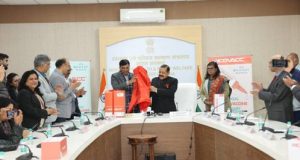 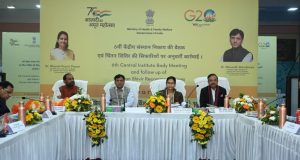 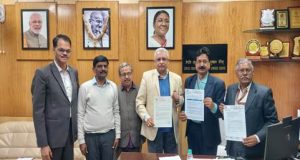