in Interviews December 3, 2016 Comments Off on NanditaDas-An actress, social activities and director 15,684 Views

How has your father Jatin Das influenced you?

My father has had deep influences on me and my choices. Right from the beginning he encouraged me to question everything, and gave me the freedom to explore, to follow my heart. He laid a lot of emphasis on core values like honesty, equality and sensitivity. I was reminded ever so often to question my motivations and my actions that it has almost become a habit to do a reality check in every situation. His passion for life, love and concern for people, his honesty and beliefs, and above all his optimism, even in the face of huge difficulties makes him a very special person.

Describe Nandita Das as an actor and as a person.

I feel privileged to have led a life where I have made my own choices, believed in journeys rather than destinations, had exit options at all times and not feared failures. Acting was never a career for me and I have never been in the “race”. Maybe this lack of ambition frees me from pressure.  I am a restless person, with many different interests, and I hope to continue to explore different means of communications. I never really plan things and go more by my instincts. I believe life is about choices and every path you choose, brings you to a certain crossroad where again you make a choice. And if the choices are made for honest reasons, even mistakes or follies only become learning experiences.

Nandita has always been associated with serious subjects. Does she apprehend taking up lighter subjects?

I don’t choose films on the basis of serious or light but on what the film is about, the directors vision and the role I am asked to play. However in the Industry, people get stereotyped rather easily and maybe my own choices, from what has come my way has further stereo typed me as a serious actor. My human rights background might have also influenced the choices I have made. It is strange that it has been twelve years since I did fire and I am still, constantly having to answer why I am not doing mainstream Bollywood films. Can’t we just leave each one to their own.

You have always been a socially conscious artist, Is that a conscious choice, or do you choose films because they excite you as an actor?

Probably yes. I instinctively anchor towards socially conscious subjects. I got into films as an actor by default. I did my Masters in Social Work and have worked with various NGOs and the experience of being exposed to the many realities is bound to impact my choices in films both consciously and instinctively. I do get attracted to stories that have social conscience but are not preachy or messagy. The films can be of any genre –comedy, drama or even thriller but as long as it does not defy one’s sensibilities I would be open to doing it. For me the story and the director’s vision is often more important than even the role.

So for me acting became yet another means to reach out. I have always tried to be part of stories that I feel need to be told. It has also given me a platform, an opportunity to raise issues that I feel strongly about as I am in the public domain.

Your transition from an actress to a director… Please do explain the process, challenges and advantage of being an actress

For me, in many ways acting to directing was a natural progression. But directing is far more consuming and obviously very different from acting, as it challenges every aspect of one’s personality. The journey of making Firaaq has pushed my boundaries and by this I don’t mean only creatively. As an actor one doesn’t realize how much more goes into a film than just the shoot. Also having gone through this experience I feel, a film is not the sum total of its parts. Directing entails making choices and decisions at every step and taking responsibility for all its aspects.

What inspired Firaaq? Is it a portrayal of the Hindu-Muslim riots as they happened in Gujarat or is there another angle it seeks to project?

It had to do with waking up to newspapers with stories full of violence, getting into conversations about religion and identity and finding it turn into a polarized debate, meeting victims of violence, feeling helpless and disturbed by the happenings around us…all this and more.  During my many travels and interactions, I have sensed a collective desire to understand this complex and violent world we inhabit and a palpable need for peace. I hope Firaaq reflects this spirit and touches the hearts and minds of those who watch it.

Directing, scripting or acting? Take a pick and tell us why.

I have always enjoyed doing different things and I hope to continue that. I don’t see any reason why one has to make choices between this or that when one can potentially do both this and that. I have never really planned my life, even though I believe that every choice you make leads you to the next crossroad. For me, the different things I do lead to the same end and in some way feed on each other. Each form of expression challenges and excites me in different ways. So why would I want to do only one of them. I have to admit, direction is the most consuming of them all and precisely for that reason, I would want to do other things between two directorial projects, to recoup my energies and live life a little!

What progress do you think has been made when it comes to women’s rights?

The fact that more girls are being sent to school, there are more women in the workforce and more women leaders in different walks of life are emerging is all good. Hopefully the long pending Women’s Bill in the parliament will help more political participation and voicing of social concerns that affect the whole society.

Also the progress is not confined to only urban women, but rural women are also articulating their concerns and rights. But, like I said, India is a land of contradictions. So, while there are many wonderful stories, there are also far too many depressing stories where the situation of women is of deep concern.

One women’s issue that you would push for, what would it be and why?

I’m always scared of this ‘one favourite’ question, because solutions to anything are always multi-pronged. But if I really, really had to choose just that one thing, I would push for making it mandatory for every girl child to be in school, because it has long-term benefits. An educated girl is prone to less exploitation and more decision making power. When she becomes a mother, she will ensure the education of all her children. An educated mother has more chances of being employed, and again less chances of being exploited, so it has many long-term advantages. I also strongly believe that school is not just a place for education, it’s a place for growing up and experiencing childhood and giving girls that childhood is their basic human right.

So, if there was one thing I would do, I would make sure that all little girls are in school.

‘Dark is Beautiful’, a campaign that you feel very strongly about.  Can you tell us why the support?

I have always been very outspoken about this issue, but till recently it was more informal. The issue of dark skim would always pop up in the many things I did, but didn’t take centre stage.  I am so glad that such a campaign has been launched and I am able to add my voice to it.

As the issue impacts so many people, young girls in particular, by default I have become a champion of it! I believe it is important to speak up and add one’s voice to campaigns that are for the larger good. After all we are nothing but a drop in the ocean, but we do need every drop to fill it! So I will continue advocating what I believe in, both formally and informally, but there is no design or plan for it.

Have you faced discrimination in Bollywood in regards to your complexion?

I have had directors/camerapersons telling me that it would be good if I made my skin lighter as I was playing an educated upper class woman! If I get told all this, despite most people knowing my stand, I wonder what the other dark women are subjected to! Without exception, I have stood my ground, as I really do feel comfortable in my skin…literally! I would be told by the make-up man that I need not worry as he was an expert in making people look fair.

The glorification of the fair skin has been there in our films for a very long time. This reflects the bias of the society. In subtle and blatant ways, our language has things like, ‘uska rang saaf hai’ for fair people as if the dark skin is dirty!  It is tough to combat a mindset that finds many manifestations in our Indian songs, stories, myths and fables.

Considering you wear so many hats, an actor, director and social activist, your life is full of Controversies, Compliments and Contradictions.

It is a pity, though, that in life- and more so in this profession- if one does or says anything that deviates even slightly from the mainstream or the norm, then one finds oneself always explaining and justifying ones’ stand. My father has always taught me to question things, and live by what one believes is true and is of interest, as long as it doesnt harm anybody, and I am trying to do just that!

2016-12-03
Odisha News Times
Previous: Now, RBI allows exchange of old notes up to Rs 2,000 only once till December 30
Next: Bhubaneswar: Daily Encounter with Shadows of History 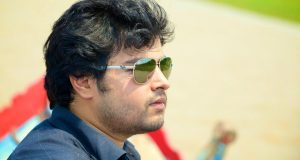 New Wave movement of Odia cinema has indeed slowed down a Bit:Anupam Patnaik